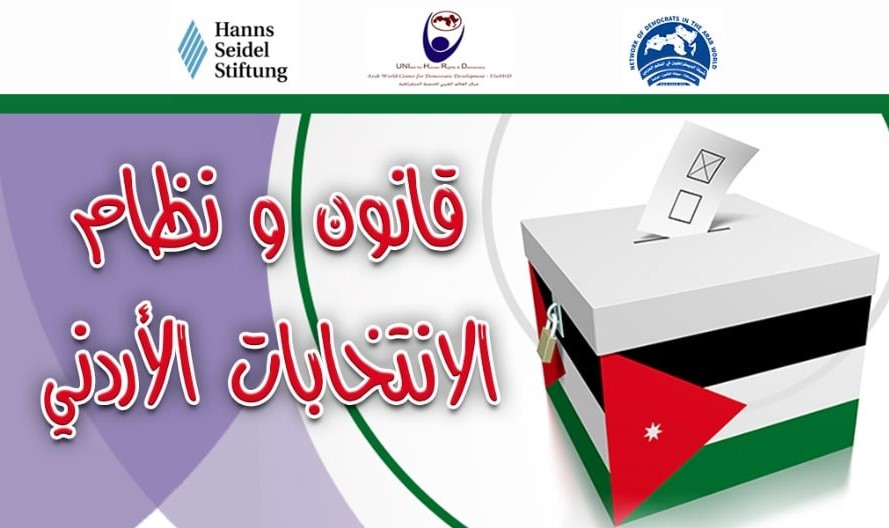 July 28 (Petra) The Arab World Center for Development, Democracy and Human Rights, in partnership with the German Hans Seidel Foundation, held a workshop on Jordanian election law and order, through the technology of visual communication and Zoom application. During the workshop, Dr. Talib Awad, election advisor at the Arab World Center for Democratic Development and Human Rights, spoke and pointed out that many countries discuss the issue of electoral systems, including Arab ones, especially after and during the Arab Spring period. Article 21 of the Universal Declaration of Human Rights issued in 1948 confirmed the right Citizen in elections, and there is no democracy without free, fair and transparent elections. He said, “We in Jordan are fortunate that the elections are periodic since 1989, that is, every four years once and unlike some countries that do not have periodic elections.” “I see that the world is changing and developing, laws are changing, and so are the electoral systems,” he said. The balances of political forces change, and the electoral law is variable and affected by all the surrounding changes in the neighborhood. Perhaps the delay in the royal order in dissolving the parliament is the dissolution of the cabinet a week after the dissolution of the parliament He indicated that the people’s reluctance to participate in politics is not out of the blue and is the result of accumulations generated by the voters. The director of the Arab World Center for Democratic Development and Human Rights, Dr. Amira Mostafa, thanked everyone and looked forward to benefiting from this workshop, especially with the presence of staunches with significant and sufficient experience in this field. She also thanked and appreciated the German Hans Seidel Foundation for the continuous and continuous support, and thanks to the new partners and the network of democrats in the Arab world