The Arab World Center with the German Hanziedel held a session 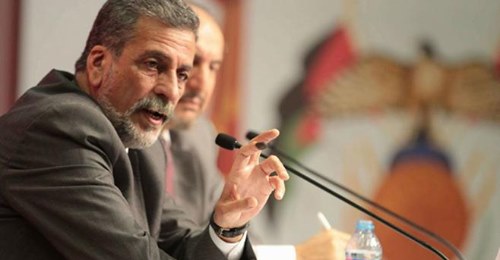 Amman – Ahmad Faisal Bani Melhem – The Arab World Center for Democratic Development and Human Rights, in coordination with the German Forum in cooperation and in partnership with the German Hanzemel Foundation, held a session through visual communication technology, in which he spoke and dialogue with the participants, Chairman of the Independent Electoral Commission, His Excellency Dr. Khaled Al-Kalaldeh, with the participation of some of the elite community, including Jordanian intellectuals and jurists

The Regional Director of the German Hans Seidel Foundation, Christoph Dufars, spoke about the continued institutional support for such programs as they are important and have a positive impact on society in general.
Dr. Haitham Al-Taani of the Arab World Center for Democratic Development and Human Rights welcomed the participants and expressed the Center’s family’s pride in all the partners and cooperating parties

The session dealt with many topics, including the discussion of a number of issues related to elections in general and the Independent Elections Authority in particular, including “the role of the commission in limiting the phenomenon of vote buying and the role of the commission in encouraging young people to participate in political action and focus on youth participation in elections, and the white paper in a fund The election, and dialogue and discussion on the issue of theft of ballot boxes and the role of the commission in protecting polling places in future elections, and the importance and role of the rule of law in achieving justice within societies and access to a real democracy protected by law, and Dr. Haitham Al-Taani gave an intervention on the weak participation of women in the political field in some areas in Jordan

At the end of the session, Al-Kalaldeh invited the participants to visit the commission, learn about the achievements and future work, find out the facts and provide advice from them if there is a specific defect